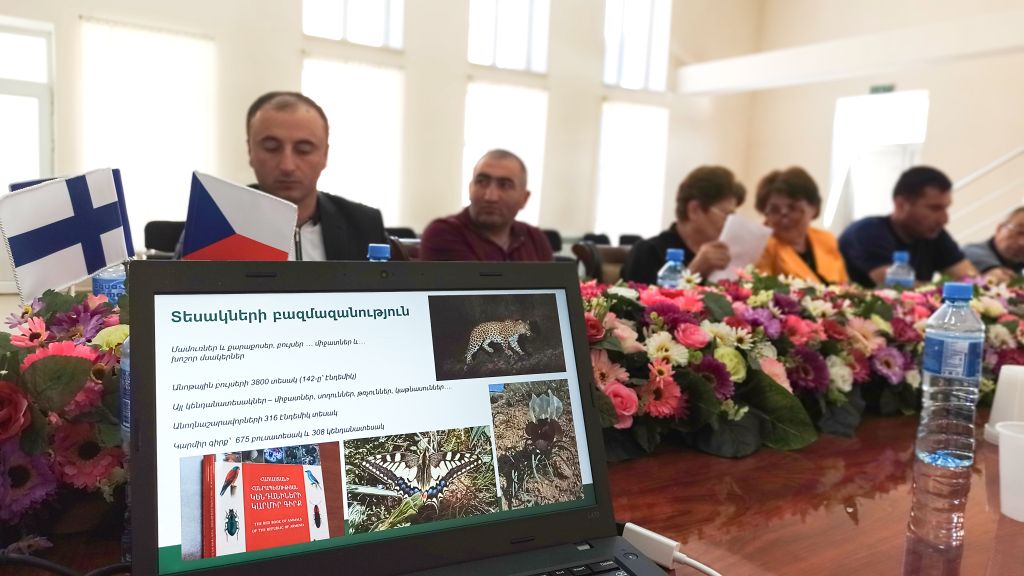 The Armenian Ministry of Environment and the Nature Conservation Agency of the Czech Republic completed seminars in all 10 provinces of Armenia last week. The seminars focused on proposing legislative changes in nature conservation legislation and on suggestions related to enhancing institutions responsible for biodiversity conservation in Armenia. In addition, experience in cooperation with the public, and issues related to habitat fragmentations were discussed.

The series of 10 seminars were organised as part of the Twinning project „Strengthened protection and sustainable use of biodiversity in Armenia in line with the European standards” run by a Czech-Finnish-Armenian consortium and financed by the European Union. The main goal of the project is to enhance the legislation for biodiversity conservation in Armenia.

Participants from regional administrations, Mining and Environmental Inspection SNCO and SNCOs of protected areas participated at the discussions, together with some regional NGOs, such as Arpa Environmental Foundation for the Arpa Protected Landscape and representatives of local municipalities and Armenian Forest (Hayantar) SNCO. Total of 110 participants took part in these discussions that commented proposals on legislative changes. „Such comments are being considered in our drafts proposing changes in Armenian legislation reflecting the requirements of the CEPA agreement and thus Habitats and Birds Directives of the European Union, as well as several international conventions (e.g. Bern Convention). These proposal are being discused with the Ministry of Environment,“ commented Mr. David Lacina, leader of the project from the Nature Conservation Agency of the Czech Republic.

„We are discussing the possibilities of enhancing the Armenian legislation on nature and biodiversity conservation with our colleagues from the Czech Republic and Finland in order to fulfill our commitments to the CEPA agreement that the Republic of Armenia signed with the European Union. Protecting biodiversity and natural ecosystems is the key priority of the Ministry of Environment and therefore some changes in our legislation are necessary to effectively protect our unique natural heritage,“ said deputy minister Mr. Aram Meymaryan. The recommendations for legislation and institutional changes will be completed by the end of the year.

Twinning programme is a well-established tool of the European Union that supports cooperation of government agencies.

Short video and reports from the seminars are here.

Presentations from the seminars and Natura 2000 Toolkit can be downloaded here. 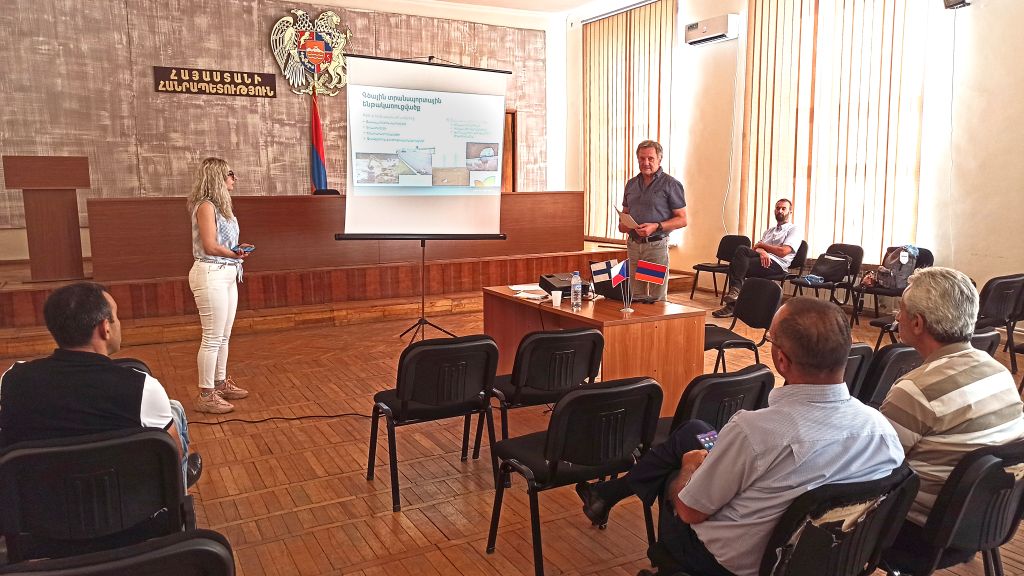 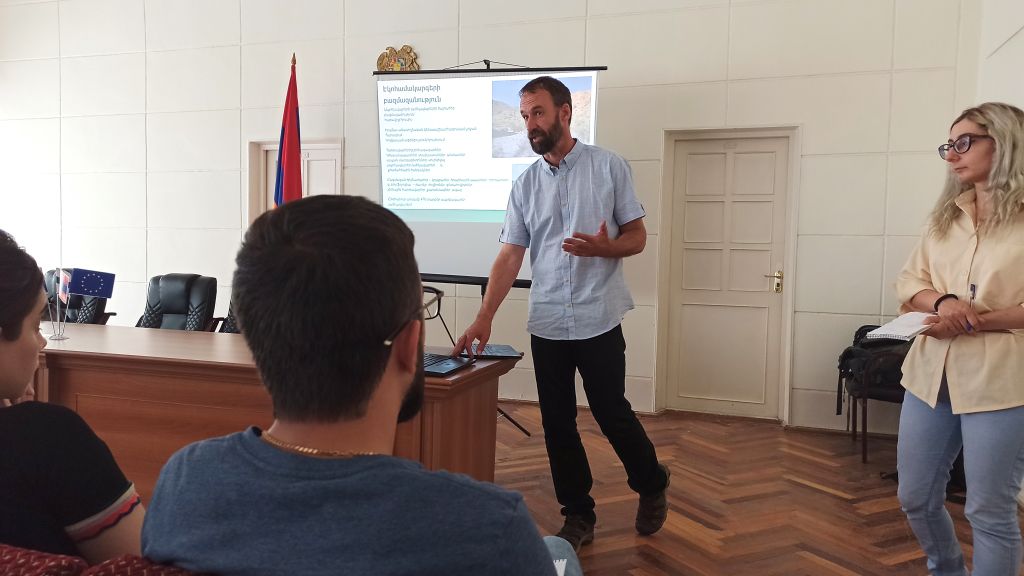 next
Armenian experts searching for inspiration in Europe